Contact me if you know this info
I'm Your Man (Official Video)
Video was directed by Andy Morahan and presented in black and white.
It was shooting at the historical club "The Marquee" in Soho. Wham play back a live concert inside the club on a small stage set up just under the big word "Marquee", and at the outside entrance, for an exhilarating gag, which involves the manager of the duo, Simon Napier-Bell. In fiction, after trying in vain to lure passers by handing out flyers, George calls Simon on the phone to complain about his choice to play at the Marquee, a club that, according to the singer, would be "unsuitable for a band that has sold millions of records ". 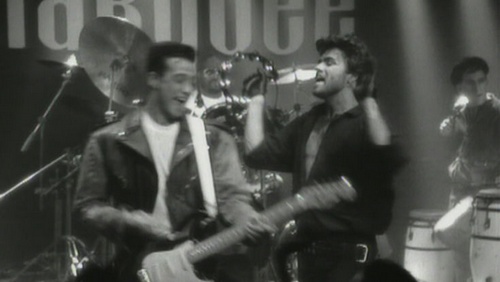 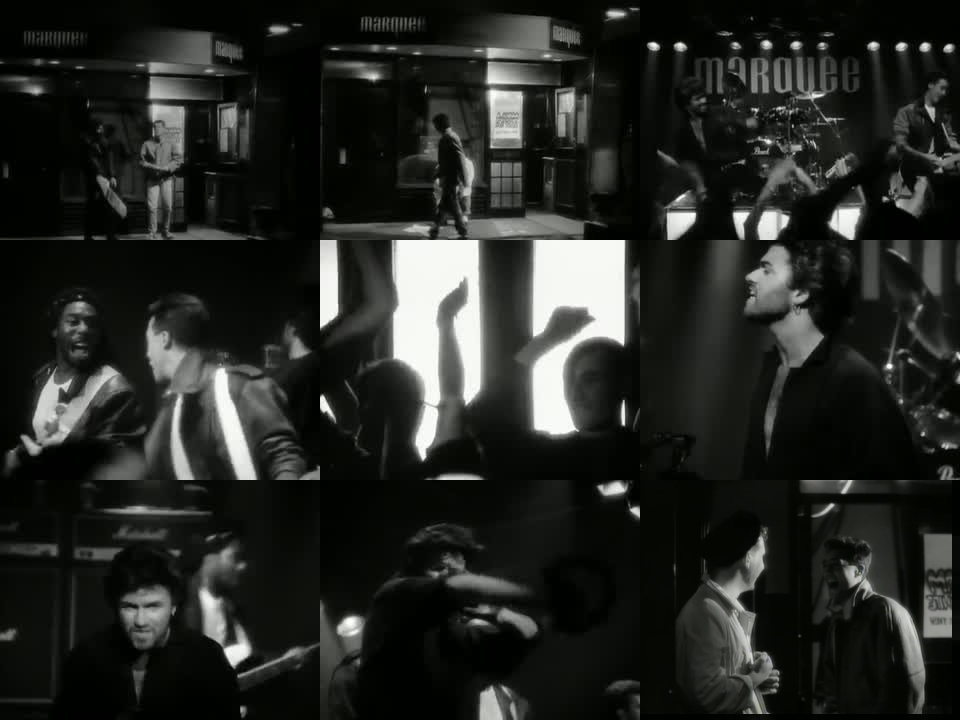